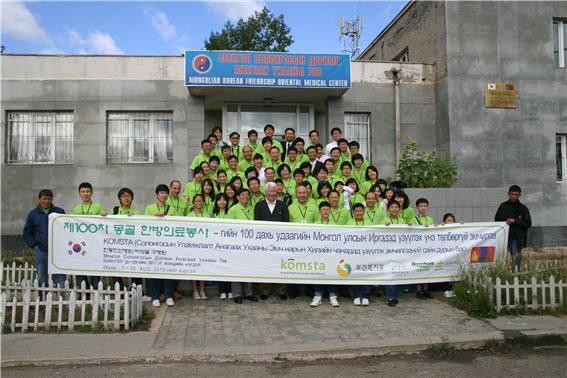 My parents named me Jungyeon. At school, I go by Jenny. But in Mongolia, I am known by yet another name - “Josah”. In the summer of 2010, I enlisted as a medical volunteer for KOMSTA’s 100th medical mission. After a long plane ride, and an even longer bus ride, I arrived at the rural Kanaan region of Mongolia, eager to spend my summer doing something meaningful.

Not an hour had gone by on my first day of volunteering, and already, I found myself confronted by the enormity of what faced us. For days, these families had traveled by horse, arriving hours early just to queue up in line. In just one day, over five hundred people passed through that small, makeshift hospital; over five hundred people were fortunate enough to experience a privilege that others around the world assumed to be a basic right. Over the week, five hundred grew to a thousand - and I was appalled to realize that there were probably thousands more who couldn’t come because they simply couldn’t make the voyage.

Working in the pharmacy, I was assigned to dispense medicine and assist the acupuncturists on staff. Communicating with a hybrid language of stilted Mongolian and awkward body language, I quickly learned that - different as we were - we were able to forge friendships and bonds. Little by little, they shared with me their stories, and I was left speechless at the sufferings caused by simple illnesses left untreated. I felt compassion, if not downright pity, for the small boy who’d let his hair grow long...to cover his missing ear, the ear that was surgically removed after a tiny cut had become infected. At the same time, I felt an overwhelming sense of elation at the fact that I was able to make tangible differences in the lives of people I barely knew.

We decided to open a temporary school, and there, I learned more about the Mongolian children’s daily lives. At lunchtime, we played basketball; during afternoons, we taught English, math, and art. I had just begun to think that all children were the same no matter the background or condition, when, out of the corner of my eye, I caught a glimpse of several children clustered in a tight group...smoking cigarettes. While the vast majority were about ten years old, they matter-of-factly informed me that many of them had started at age six. Given the poor socioeconomic conditions, these children had never been taught of the health hazards that cigarettes posed. And with each successive patient and child that crossed my path, my distinct embarrassment at my own comfortable lifestyle and petty complains grew into a genuine desire to do more than spend a mere summer in Mongolia.

When it came time to leave, these grateful people came to us with gifts and grabbed our hands, thanking us over and over. I felt proud and happy. As I bid farewell to all the children that I taught, I hugged each child individually. I found myself crying involuntarily. Though I’d worked and stayed with the children for only five days, I felt so close to them, so close that they were practically like family. It was these children, in fact, who named me Josah, their sunshine.

My brief humanitarian trip to Mongolia has taught me much about life - and the importance of reaching out to communities beyond my own. I left Kanaan inspired, reaffirming my deep desire to become a medical doctor, one who uses her training to help people all over the world. Most importantly, I left with a new name, a new identity. I am Josah; I am sunshine. 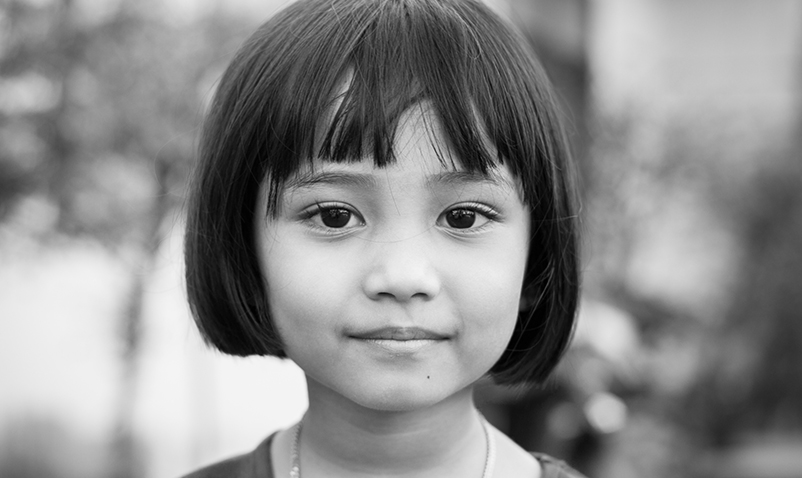